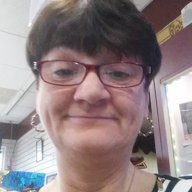 A Work in Progress but not good yet., Female, 62, from Alexandria Minnesota